In the first half, author and pastor Carl Gallups discussed how current events are aligning with biblical prophecy. He detailed how his 2020 book (written in 2019), called "Masquerade," and even featuring a mask on its cover, paralleled many of the things we went through during the pandemic year. The book dealt with "the greatest con job in history," and how governments of the world, "led by this demonic presence" of the Antichrist, were going to shut down or attempt to shut down churches. "I even mentioned the possibility of using a pandemic to do it," he added. Gallups doesn't consider himself to be a prophet, but rather just outlining and describing the deceptions we can expect from the era of the Antichrist.

In his latest work, he takes viewers inside biblical tales, such as when Jesus proclaimed that the last days would be like the time of Noah. According to Gallups' interpretation, God didn't tell Noah to go out and get any animals he wanted for the Ark. Rather, God would bring the pairs of creatures to him. "From A to Z, we cannot change a thing. God is going to complete his will," he continued. As it's stated in Ephesians, "the mystery of God's will has been made known to us, and that is he's in the process of bringing everything in Heaven and everything on Earth back together again" under Jesus, Gallups added.

From an injury that ignited his sixth sense to the recurring dream that changed the course of his life, author and radio host John St. Augustine recounted some of his unusual experiences and talked about the profound lessons we can learn when we open up to the energy of the universe. Back in 1993, he was driving with his family from Chicago to Denver to participate in a conference. But on the road, his youngest boy started experiencing bizarre medical symptoms, and his mother decided to fly him home once they reached Colorado. Later, after the conference, when Augustine was preparing to make the return trip, a "clairaudient" voice told him to drive up to a certain location, where he found a cemetery.

At this cemetery, he discovered a recent headstone that was strewn with toys. He saw the grave was for a young boy, and then he heard the departed child's voice begging him to reach out to his parents to let them know he was OK. He initially resisted and then decided to call a local funeral home. While in town, he ran into an old friend who knew the boy's family and said she would relay the message for him. Augustine wondered whether his own son's strange illness was somehow connected to the deceased boy and his message. He also related the time he saw a "Marian apparition," a glowing figure of Mary on the side of the road, when he was driving near a small town. Inside his head, he heard the words-- "The blessings of the walk will come now." Through inspiring encounters such as these, he was left with these concepts: "if you go within, you'll never go without," and that we all have a kind of inner GPS. 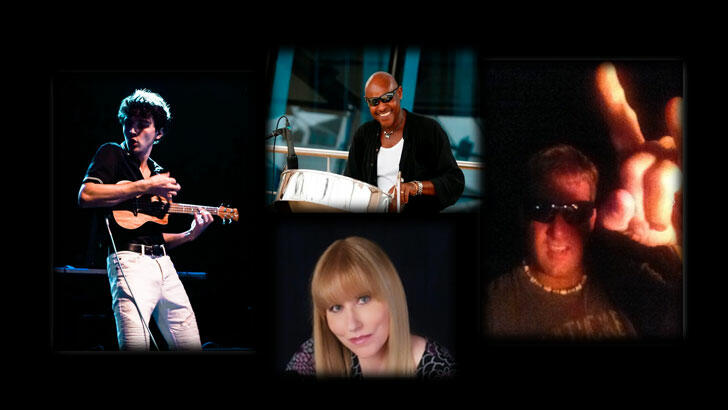 The first Sunday of every month, George Noory features emerging artists for some of the Bumper Music selections. On the 4/4/21 show, we heard from Tropicana, Charlene Mindspring, Fool in Utopia, Planet Norris, T-Maria, Laurie Hannan Anton, and Something Rhino. For more info on how to submit your original music, visit this page.