German professor of radio astronomy and astroparticle physics, Heino Falcke was the first person to present an image of a black hole to the public. In the first half, he joined George Noory to discuss how this amazing feat was accomplished and why he believes the curious world of black holes opens new doors of understanding for both outer and inner space. Black holes are formed by exploded dead stars compressed into a tiny space, and they embody enormous forces of gravity, he explained. These objects become gravitationally so strong that not even light can escape from them, and anything pulled into them will be crushed into one point. They are the "ultimate destruction machines," he mused. There are also supermassive black holes, he added, that contain billions of stars.

If a person were to hover above a black hole, they'd see a big black surface in front of them. And then, he continued, all the universe would disappear into a little point next to you while it speeds up, as though you were in a time machine. The first image of a black hole was created by combining telescopes from around the world, with magnification so powerful, a mustard seed in New York could be seen from Europe, he marveled. In June 2018, he imaged a black hole on his computer for the first time. After 25 years of research into the phenomenon, Falcke said it was a highly emotional event (related images and video). Interestingly, he noted that supermassive black holes actually serve as navigational landmarks-- they are so far away they don't move, and thus provide a celestial reference frame.

Paul Anthony Wallis is a researcher, speaker, and author of books on spirituality and mysticism. In the latter half, he shared ancient stories of ET contact and abduction and how they relate to people's experiences today including recent revelations about UFOs from the US Navy, the Pentagon, and others. In the Bible (which he considers an amalgam of various sources and cultures), "Elohim" has typically been translated as God, but Wallis believes the word is actually referring to extraterrestrial beings that colonized Earth. Other ancient texts have defined God as a source of the cosmos. Some accounts about angels could be describing spiritual or cosmic beings, he added, while others might represent certain benevolent ETs like the Pleiadians.

He has compiled tales of ET-like abductions and hybridizations from countries worldwide dating back to ancient times, but he believes our ancestor's knowledge of these contacts became suppressed or taboo to speak about. We may be on the cusp of unprecedented disclosure now, though, Wallis indicated, with the Pentagon's recent authentication of UFO reports and higher-level government officers or scientists increasingly speaking out. For instance, retired Brigadier General Haim Eshed from Israel suggested that there has been covert governmental contact with an "intergalactic federation." His comments mirror what our ancient ancestors said, Wallis remarked. Different traditions mention beings hailing from the Pleiades, Sirius, and Orion star systems, though Wallis thinks that energy and other-dimensional entities may also be visiting or interacting with us. 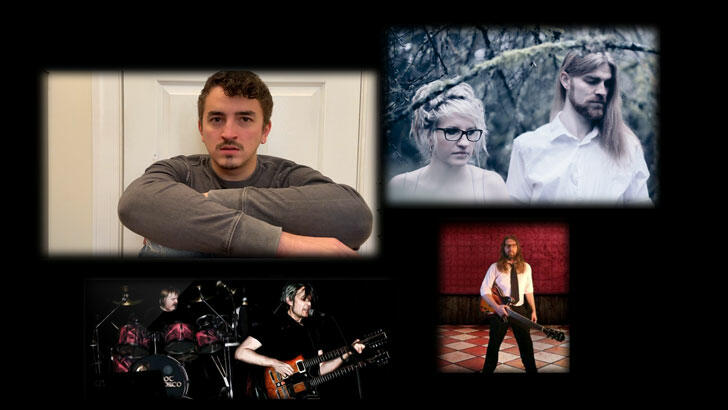 The first Sunday of every month, George Noory features emerging artists for some of the Bumper Music selections. Tonight, we'll hear from Craving Rain, Dean Tyler K, Sarmenti Scurrae, Aaron Jones, The Rude Nephew Orchestra, Bobby Hayes, and Root Deco. For more info on how to submit your original music, visit this page.