In the program's first half, George Knapp hosted a UFO Roundtable with citizen journalist Danny Silva, UFO researcher Joe Murgia, and Ryan Robbins of the Post Disclosure World YouTube channel. Regarding a second governmental report on UAP (said to be mandated after the first Task Force report came out in June), Silva noted it's due out soon, but it's uncertain whether it will be kept classified or made public. Robbins found the first report to be deliberately misleading with its tenuous conclusions. The Nimitz witnesses have talked about higher resolution video of the 'Tic Tac' event, and Robbins believes the government has the corroborating sensor data that clearly demonstrates "an unknown technology that does not come from the hands of man." A proposed House bill, Silva added, asked for updates on UAP injuries, geospatial intelligence, and efforts to capture or exploit UAP-- in other words, crash retrievals or reverse engineering.

Murgia talked about his investigation of the purported memo detailing astrophysicist Eric Davis' interview of Adm. Thomas Wilson about UFO crash retrievals, and how the timeline gels with Bob Lazar's claims. He also commented on why the NY Times decided not to run Ralph Blumenthal's recent article about alien abductees. Murgia interviewed one of the 'experiencers' profiled in Blumenthal's story, a man named Jay, whose friends reported disturbing poltergeist activity after spending time with him. The three guests ruminated on how there is still a stigma of bringing abductees into the UFO disclosure movement, and expressed enthusiasm over Luis Elizondo's upcoming book said to reveal shocking new information.

In the latter half, lifelong experiencer of 'cryptoterrestrial' contact, Ryan Musgrave-Evans, detailed his encounters with another race of people inhabiting our world. Rather than considering them to be aliens or extraterrestrials, he has concluded they are indigenous to our planet, and uses the term cryptoterrestrial (popularized by the late researcher Mac Tonnies) to describe them. Musgrave-Evans, based in Victoria, Australia, recalled some of his encounters that were often accompanied by missing time. In an outdoor incident at age 25, he saw a being with a triangular head, long fingers, huge black eyes, and a ridge-like pattern on the top of its head.

The cryptoterrestrials, which he calls the Majeena (or Wandjina) live beneath our oceans and within our mountains and have been here for millennia, he contends. They are the same race dubbed the 'Tall Whites' by Charles Hall, and may be the source of the fairy lore of Celtic lands, he continued. The cryptoterrestrials traveled to the Orion star system, and communed with the beings there, but have now returned to Earth, Musgrave-Evans added. They have powerful technology at their disposal to create various manipulations and memory alterations-- they can project different images on their aerial craft to make them appear like a helicopter or travel through solid matter, he said. They can also be violent if they feel threatened, and may be behind some of the unexplained disappearances in national parks, he suggested. 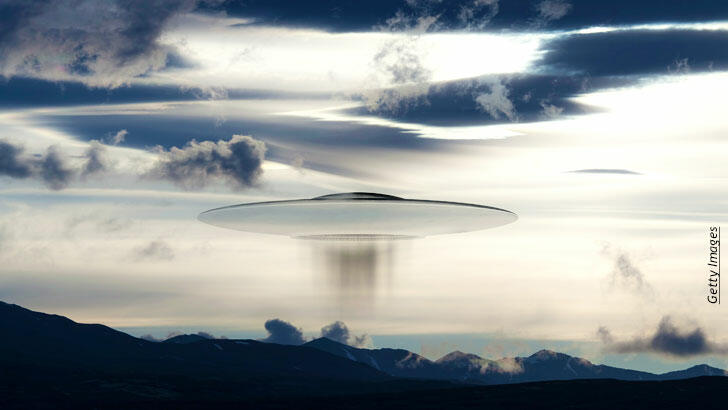 George Knapp shares recent items of interest including stories about Sammy Hagar's alien abduction and new discoveries on the nature of consciousness: