In the first half, J. Gordon Melton, an author, lecturer, and Distinguished Professor at Baylor University, addressed the historic, psychological, and pathological role of the vampire and how it's been portrayed in books, films, TV, and pop culture. Vampiric lore dates as far back as 6,000 years ago, he said, with tales of the Lamia from Northern Africa, about a female who attacked newborn babies for their blood. The folkloric legends of the vampire have appeared across cultures and continents and may have arisen to answer different questions. For instance, in some places, a vampire was blamed for what we now call crib death (the sudden death of an infant), or to explain early or unusual deaths. In later centuries, the symptoms of consumption (TB), a wasting disease that involves coughing up blood, became associated with vampires, he detailed. There were also incidents in which exhumed corpses seemed too well-preserved, and this led to scares in the 1700s, when villagers decapitated a dead body, or drove iron rods through it.

Melton also spoke about some of the historical figures associated with vampirism, including Vlad the Impaler, and Elizabeth Bathory, who murdered many young women so she could bathe in their blood, which she thought had youth-restoring properties. In his book, "Dracula," Bram Stoker pulled together some of the legends from around the world, which greatly influenced our current conception of the vampire, Melton noted. He also touched on modern-day vampire subcultures, and true crime cases that had gruesome blood-drinking elements. One case he described was that of serial killer Fritz Haarmann, who killed at least 24 men and boys in Germany between 1918 and 1924, often biting into their throats. The 1931 Peter Lorre film, M, drew inspiration from this so-called "Vampire of Hanover."

In the latter half, researcher Daniel Klaes talked about growing up in a haunted house and his later experiences when he bought the haunted Hinsdale House near the Erie Canal in New York state. The house he grew up in had long-running poltergeist activity, and inexplicable events like crayon drawings appearing on the ceiling. Later, as a paranormal investigator, he encountered the Hinsdale House, and was subsequently able to purchase the dilapidated property and renovate it. The house dates back to 1853, and according to lore, it was built by two brothers who were stagecoach robbers, and they purportedly buried theft victims behind the house, Klaes reported. In the 1970s, a family named the Dandys lived at the home for four years, and encountered menacing and dangerous events, with the children being attacked and scratched. They heard chanting and voices, saw spirits both inside and outside of the house, and the gas suddenly turned on, he recounted.

Working with the Dandys, in 1974, the Church approved an exorcism at the Hinsdale House. As they were filming it, the whole house was said to shake, and the exorcism had to be stopped. A psychic who investigated, Alex Tanous, connected the hauntings with a tree on the property he believed was used for hangings. Klaes, who has posted a set of anomalous photos taken at the Hinsdale location, believes that it isn't just the house that's haunted but the land and woods around the property as well, where chanting, shadow figures, strange music, and EMF spikes have been documented. Indeed, a caller to the show revealed that he and his brother were deer hunting near the Hinsdale House in 1968, when they heard an odd grumbling of male voices that grew louder and louder, and moved closer and closer. They laid down on the ground, and the grumbling moved above their heads and faded out. 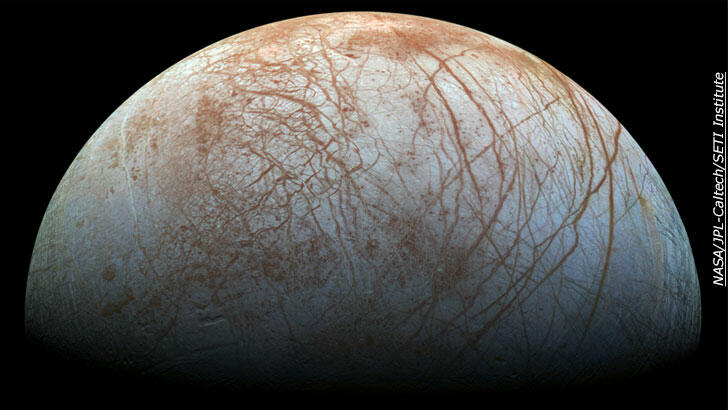 George Knapp shares recent items of interest, including an article about astronomers preparing to probe Europa's ocean for life: