In separate hours, four guests shared their predictions for 2022, as well as provided readings for callers. First up was psychic Joseph Jacobs, who said that our current month of January will be "pretty heavy health-wise," as will October. There will be some tragedies happening in March and December, he added. Global warming will be a continuing problem, he said, and the pandemic will be with us for a couple more years, though life will become more normalized. China could become aggressive or militaristic during the period of January 4th through mid-April, he predicted, and he's also concerned about domestic terrorism.

Next up, Vernon Mahabal, the founder and director of the Palmistry Institute in Los Angeles, said he sees strong growth for alternative health as well as mainstream medicine over the next few years. Additionally, he believes the housing market will take off, particularly in areas away from cities, with a growth spurt in new homes. By the end of 2022, the pandemic will fade away, and there will continue to be pushback by the populace on taking vaccines, he stated. He suggested that a secretive cabal is trying to control world affairs, and will instigate a border war between India and Pakistan that may draw in the US and Russia. The new year will also see some financial struggles or crises, and the electric grid could go down in localized areas in the US, which he related to a Pluto/Capricorn return.

In the third hour, master astrologer and spiritual advisor Jeff Harman said he foresees dramatic changes continuing for America. We are already in the midst of challenges after several astrological conjunctions and cycles that began in 2020, he noted. The pandemic has been used as a pretext to encroach upon human rights and further an agenda, he commented. Climate may be cooler than we think this year and is likely to induce violent weather, he cautioned. But on the plus side, over the next 20 years, we're going to see amazing technologies released for the betterment of society, Harman added.

Modern-day mystic Elizabeth Joyce closed out the show with a dire forecast for the next three years. She predicted that President Biden would resign or leave office this month, though Kamala Harris may bow out and let Nancy Pelosi become president. Another possibility, said Joyce, is that Harris will resign, and Biden will pick Hillary Clinton to replace her as VP. COVID will recede by July, she suggested, but there could be civil unrest or even a civil war in the fall months. Yet, even with that, she sees 2022 as "the calm before the storm," with 2023 and 2024 being very turbulent years beset with food shortages. 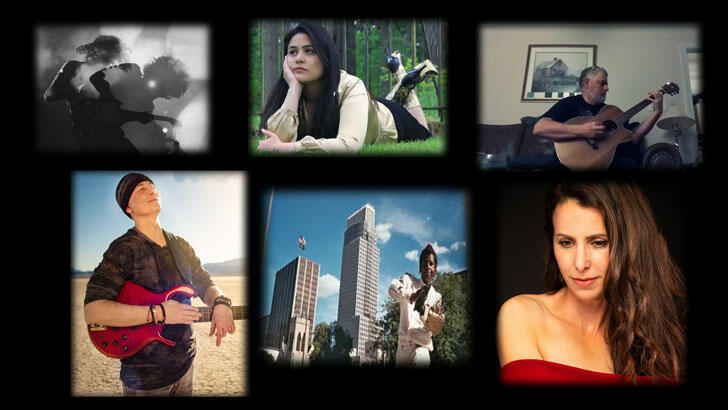 The first Sunday of every month, George Noory presents emerging artists for some of the Bumper Music selections. Tonight, we'll hear from Box 211, Nicole Marie, Charley Wants to Play, Joseph Patrick Moore, Superstar & Star, Tanya Sieber, and Dream States. For more info on how to submit your original music, visit this page.