In the first half, filmmaker Seth Breedlove joined George Knapp to discuss the terrifying, true story of the Bell family of Adams, Tennessee – a family who, for nearly five years, were haunted by an apparition bent on destroying their lives, and murdering the patriarch of the family, John Bell. Breedlove also discussed other projects, such as his documentaries on the legendary Mothman and other encounters with the lore of winged humanoids. He noted that the Mothman sightings in Point Pleasant, West Virginia, from 1966-1967 did not end with the tragic collapse of a bridge, as most people believe; there are "continuous Mothman sightings until the present day," he said. According to lore that spans cultures and centuries, winged entities seem to be harbingers of terrible events.

The bizarre and harrowing tale of the Bell Witch began in 1817, when John Bell was out hunting and observed a "strange creature that looked like a giant dog with a rabbit's head" and shot at it, said Breedlove. Soon after, the family began hearing scratching noises on the outside of their home. This evolved into poltergeist phenomena such as sounds like "rats gnawing on the bedposts" and finally, a voice which eventually announced that it was there to kill John Bell. Breedlove also told the story of a "girl in a green dress" associated with the legend. After a recent nighttime report of this figure walking in the building where the Bell home was located, a witness found all the lights on and the windows open, and a series of "spook lights" moving through an adjacent field. Breedlove thinks that "there is a lot of reality to the Bell Witch legend, but it's hard to tell what is fact and what is fiction."

In the second half, researcher Tracie Austin discussed firsthand alien and UFO cases and the implications of human/alien interactions. She began with accounts of her own sightings, the first of which occurred in London, UK in 1987 when she observed a "cone-shaped object, round at the bottom and pointed at the top," which was metallic and "slowly rotating." Changing the direction of her life, this event led her to organize her first UFO conference in 1996. That year, she also had her second sighting, this time of a boomerang-shaped object, which she felt was almost saying "have a real good look at what you're seeing, because it's real."

Austin described her work with the late physician Dr. Roger Leir, who specialized in removing apparent "implants" from abduction witnesses. One of the most interesting and disturbing accounts was from a woman who consciously recalled a UFO sighting and a blue light that passed "right through the glass" of her room. The next morning, she found a lump in her forearm, which she later asked Leir to remove. She described the object as "creamy yellowish in color and shaped like a clam, and this dark strip ran down the middle of it." Austin also recounted Dr. David Jacobs's research, which suggests that interactions with apparent aliens are "some kind of an alien/human hybrid program" to infiltrate our society. In the last hour, Austin described her dramatic ghost sighting and possible communication with her deceased father. 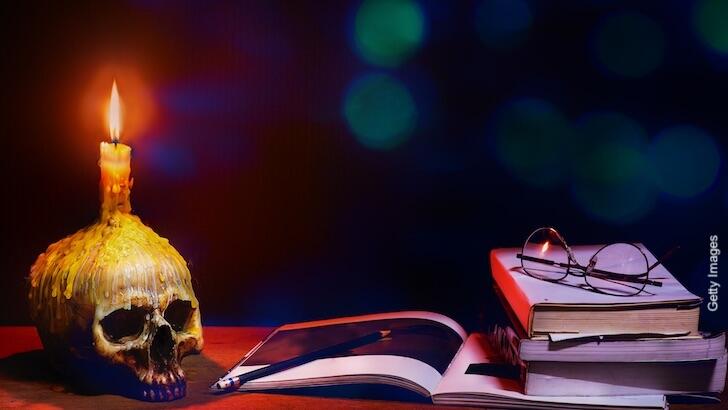 George Knapp shared recent items of interest including a story about a legendary school of the dark arts.