Utah's Skinwalker Ranch (view related images) is known as one of the world's hotspots for UFO activity and high strangeness. In the first half, ranch owner Brandon Fugal and ranch manager Thomas Winterton discussed the mysterious occurrences there, particularly as they were portrayed in the latest season of the reality show The Secret of Skinwalker Ranch. The two guests shared accounts of the unusual incidents that took place during their own time at Skinwalker, as well as those previous to their arrival.

Fugal pointed out that, contrary to the belief of many, reports of mysterious activity at the 512-acre ranch go back almost one hundred years. More recently, cattle mutilations, electromagnetic disturbances, and UFOs have all been encountered, he and Winterton said. Even Winterton himself suffered a serious injury to his head at the ranch, which, he noted, appeared to have no cause or explanation. In addition, Dr. Travis Taylor, a member of the Skinwalker team, claims to have been exposed to dangerous radiation while at the ranch.

As to what's behind the high volume of unusual phenomena at Skinwalker, Fugal remarked that he believes that a number of entities could be at work, which could include extraterrestrial, multidimensional, and spiritual forces. He related that he and his team continuously seek to improve their methods and technology in order to provide the public with the most accurate and up-to-date information about what goes on at the ranch.

In 2017, a massive, previously unknown space within the Great Pyramid of Giza was discovered. In the latter half, researcher Scott Creighton talked about his excitement at hearing this news, because it confirmed his theory of the pyramids' function and purpose in the ancient world. Mainstream Egyptologists, in contrast, did not seem interested in the Big Void, dismissing it as a structural necessity common in many pyramids.

Creighton's conclusions about the Great Pyramid and the Big Void, he said, are largely drawn from his understanding of ancient Coptic Egyptian texts. Handed down through the oral tradition of the past, the texts were crafted to conceal secret information from ancient Egypt's invaders, Creighton explained. When properly interpreted, he continued, the texts are clear in what the purpose of the Big Void was: to act as an ark that would protect the bodies entombed inside from flooding. Moreover, Creighton believes, evidence that such a flood did occur in Giza was both predicted in the texts and confirmed by archaeological investigation of the pyramid. 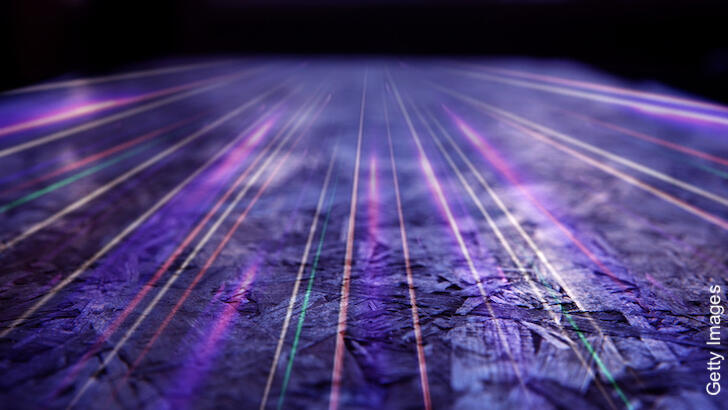 George Knapp shares a number of recent news items of interest, including the connection between electromagnetic energy and spacetime itself: