Ordained as a Deacon in the US Old Catholic Church, James Annitto, and paranormal investigator Carl L. Johnson, work together as demonologists. In the first half, they discussed the nature of demons and the cases they've investigated. Demons may seek to twist or manipulate our faith in a kind of spiritual trial and tribulation, Annitto explained. Johnson noted that the two serve as applied demonologists, in that they go out into the field and deal with cases, rather than just study the phenomenon. He said he's been physically attacked in a number of instances, including welts and scratches from an unseen source, and objects that were hurled at him. Johnson said he felt in physical danger during an early case he worked on in Providence, RI, in which a 14-year-old boy seemed to be subjugated by something invasive, and he would fly into wild and unpredictable fits.

Johnson shared a photo that he finds to be compelling evidence of a possible demon. It was taken by a man whose family was undergoing harassing events of a supernatural or poltergeist-like nature. Dinner plates were flying around, and the wife was physically lacerated. The husband photographed an entity on the stairwell, which Johnson described as having a leering, distended face, not unlike the Joker from the Batman movies. Among the signs of demonic presence, Annitto included fear-drenched atmosphere, emotional imbalances & nightmares, inverted iconography, objects moving around by an unseen force, and an eventual focus on an individual target, who starts to wither away. Rather than steal a soul, he added, a demon seeks to manifest itself through a human body.

A psychic medium coming from many gifted generations before her, UK-based Nicky Alan, officially started her psychic work 27 years ago. For eighteen years, she was an investigation bereavement trained police detective dealing with murder victims' families and rape victims. In the latter half, she spoke about her psychic visions, career, life-changing accident, and the angelic entities who assisted her. When she was nine years old, she saw her deceased father, who had died two days earlier in a car accident, and he wanted to convey to her that he was alright. Her grandfather explained to her that she had special abilities, and she may begin to see those who've passed over as well as angels. Subsequently, she learned how to use this gift in a disciplined fashion, realizing that the information she shared could greatly affect people's lives.

She talked about how her colleagues in the police department respected her psychic skills and would sometimes come to her for readings about cases they were working on. Alan cited one instance where she gave correct insights about a case where a baby was stolen from the hospital. However, sometimes she felt conflicted in her police work, knowing that her psychic intuitions were not enough to present as court evidence. Describing her angelic communications, Alan said she first became aware of them as a kind of chorus sound. They have helped her during her long recovery from illness, and other times of need, she revealed, and sometimes she hears their voice suddenly, in moments that saved her from car accidents. During the last hour, she gave psychic readings for callers.

Photo of a Demon? 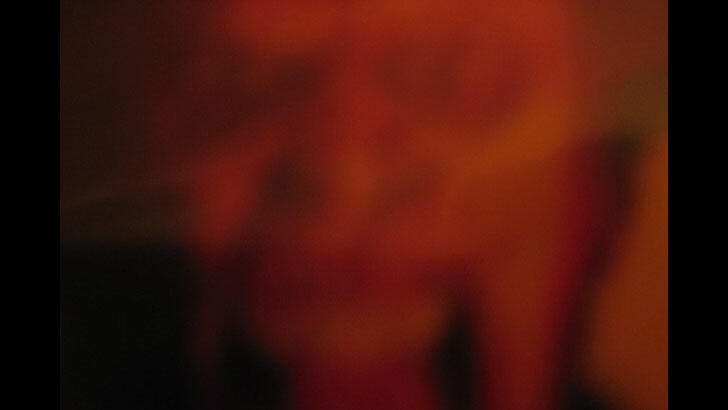 "The picture...reveals what very well may be a demonic visage. It was taken by Tony Marin, a former client who with his family: wife Tina and children, in tow was fleeing his/their house in Coventry, Rhode Island. He had the presence of mind to return to the house and retrieve his camera before getting back into his car and driving away. As he did so, Tony witnessed an apparently in-human figure at the top of the stairs, and took the photo I'm sharing with you." More here.