In the first half, animal welfare expert Wayne Pacelle joined George Knapp to discuss his continued fight for animal welfare, with updates on such creatures as kangaroos, wild horses, chickens, minks, and bison. He reported that kangaroos in Australia are being slaughtered on a mass scale for their skins to make soccer shoes. Commercial hunters shoot the animals from a distance at night from their trucks, and often joeys (kangaroo babies) are killed as collateral damage. The reason behind this, Pacelle suggested, is that cattle and sheep farmers do not want to share the foraging areas with the wild animals. For more on this, he recommended visiting kangaroosarenotshoes.org.

He spoke about poultry facilities, where egg-laying hens are stacked in small cages and never leave there. In this unnatural aggregation of animals, they are de-beaked to stop them from attacking each other, he added. Pacelle claimed that the BLM's adoption program of wild mustangs and burros from the Western US has been subverted. In certain cases, the BLM pays people $1000 to take a horse, but then some adopters are selling off the animal to a slaughterhouse. Pacelle outlined the plight of minks-- the creatures are farmed or hunted to make fur coats (sold mainly in China). He also detailed how limited bison hunting was offered at Grand Canyon National Park, which he considers an unfortunate precedent for America's great parks.

In 1975, Dannion Brinkley had his first near-death experience (NDE) when he was struck by lightning. In the latter half, Dannion, along with his writing partner Paul Perry spoke about NDEs, the afterlife, and their conclusions about death. Connecting with the Memorial Day holiday, Brinkley discussed his longstanding involvement with the Twilight Brigade, assisting at VA hospitals, comforting, and helping veterans in hospice during their final moments. No one really ever dies, he asserted, yet Americans are "scared to death of death," because our culture makes it into something fearful. You are not just your body, he continued, but moving out of the body is a multi-step process.

A crucial aspect of Brinkley's near-death experience was the "panoramic life review," in which an individual sees their whole life pass before them, and becomes every person they've ever encountered and feels the direct results of those interactions. Perry said that most NDEs are transformative and positive. After having such an experience, people often become 'Type A' personalities without the anger, meaning they want to get a lot accomplished in their lives, he explained. Perry also talked about intriguing shared death experiences, in which people at the bedside of a dying individual might witness a mist rising from the deceased's body, or feel their life review with them. Related to this is the phenomenon of "terminal lucidity," in which someone who has Alzheimer's or diminished capacity, suddenly regains mental clarity just before their death. 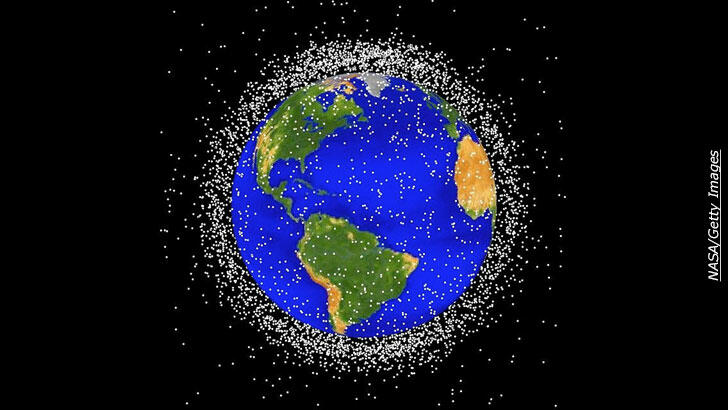 George Knapp shares recent items of interest including an article about the proliferation of space junk: