In the first half, author Andrew Holecek, a member of the American Academy of Sleep Medicine, discussed lucid dreaming, dream yoga, and related states. Combining modern knowledge from the West with ancient wisdom from the East, his work is intended to wake us up to our full human potential. He outlined different practices of dream and sleep lucidity that go deeper and deeper. He started with liminal dreaming or hypnagogia, when people are first drifting into sleep. It's actually "a form of consciousness that you can explore," he noted. Lucid dreaming, when the dreamer becomes aware that they're in a dream, is largely used for psychological purposes and self-fulfillment. Dream yoga, he continued, has a more spiritual orientation and relates to Tibetan Buddhism, self-transcendence, and meditation.

Beyond dream yoga is 'sleep yoga,' an esoteric realm for advanced practitioners who can maintain awareness even in a deep, dreamless state of sleep. Holecek characterized these nocturnal practices as a kind of "night school" that we can take advantage of since we spend about 25% of our lives dreaming or sleeping. He views precognitive dreams as particularly interesting as they hint at the nature of reality and time. Holecek cited 'Big Dreams' or theophantic dreams as highly significant occurrences. "These are the great dreams throughout history that can start religions, that can revolutionize philosophy," and create powerful and foundational changes. He also talked about using lucid dreaming to combat or end nightmares, and how some out-of-body experiences may actually be a form of "hyper" lucid dreaming.

In the latter half, George Noory and a variety of special guests and callers celebrated George's 19th anniversary hosting Coast to Coast AM, which he began in an official capacity in January 2003. Before that time, George described filling in for Art Bell, and how he wouldn't know on some nights whether the network was going to need him or not, as Art would often decide at the last minute if he was going to do the live show (he struggled with back pain and other issues). John Lear was the first guest to congratulate George and talked about how, after we die, we head into the "fourth dimension."

Horror movie aficionado Mr. Lobo shared how much he's enjoyed chatting with George about cult movies over the years, and herbalist Sara Chana talked about a fun live appearance she did with George. Commentator John M. Curtis expressed his pleasure about participating in the news segments at the top of many Coast shows. Other popular C2C guests phoning in included Dannion Brinkley, Karen Dahlman, John Hogue, and Christian Wilde. Favorite callers to the show during the evening included Cornelius, Mike the Millennial, and Walter from Pennsylvania. George ended the show, as he always does on the first Sunday of the month, with the rousing rendition of "Sound of Silence" by Disturbed. 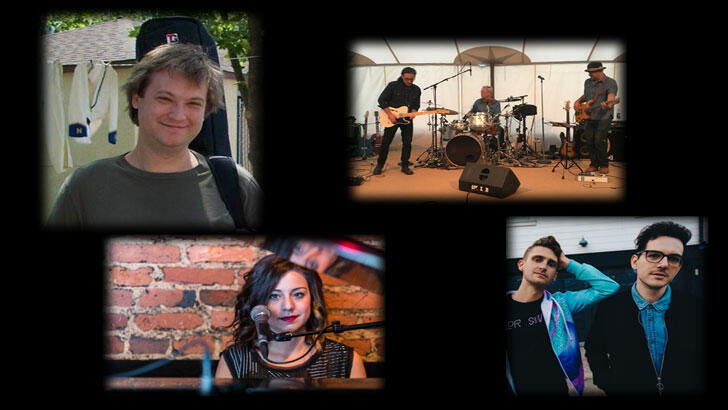 The first Sunday of every month, George Noory features emerging artists for some of the Bumper Music selections. Tonight, we heard from Darkmatr, Marshall Montgomery, Little Muddy, Mike Howard, We The Dreamers, Christina Custode, and Somebody Else's Nightmare. For more info on how to submit your original music, visit this page.